How Car Safety is Improving 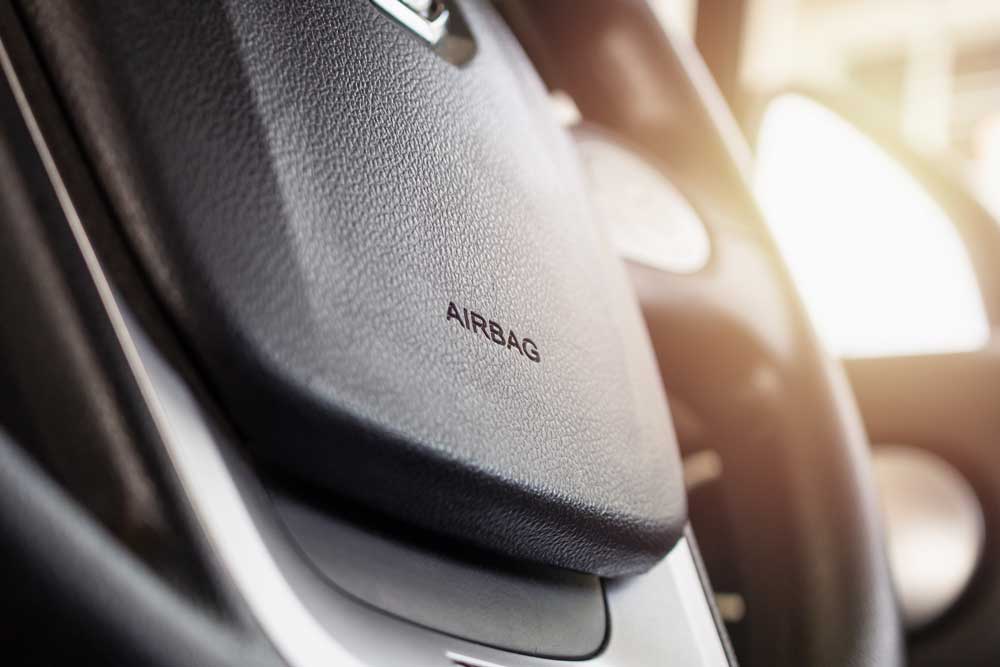 02 Nov How Car Safety is Improving

Schulz Auto Garage specializes in a variety of auto repair services so all your systems can offer the safety you look for in your vehicle.

Ask any child of the 70s, and they’ll tell you about sitting on a bench seat in the front of the family car for road trips. Baby brother or sister would be swaddled and placed in a box on the floor with nary a safety restraint in sight.

Nowadays, it’s recommended children are fastened in five-point harnesses well beyond the toddler years. Seatbelts are complemented by state-of-the-art technology included rear-view cameras, steering stabilization, and vehicle bodies that are designed to absorb the impact of a crash.

How Safe Were the First Cars?

From 1915 to 1925, automobile-related fatalities increased from 6600 per year to 21,900. It’s clear from this data that car safety needed to be improved. People behind the wheel had no formal training on how to drive a car, and what risks they posed to themselves and pedestrians.

Some of the first vehicles didn’t even have lights, making them dangerous to drive at night. Automakers didn’t know headrests could prevent whiplash, or that cars should have windshields that didn’t break into shards upon impact. Also, pretty much anyone could build an engine and strap it to a carriage of some sort in order to have a motorized vehicle. Without any regulations, you can imagine how safe some of these “cars” were.

It was a common belief that it was safer to be thrown from a vehicle during a crash than to remain inside it. And with all the gadgets inside a car that could potentially impale drivers, it made sense even if it was misguided.

How Vehicle Safety is Tested

To improve public understanding of driving and vehicle safety, two agencies conduct testing to help gauge performance in a crash. The Insurance Institue of Highway Safety (IIHS) and the National Highway Transportation Safety Administration (NHTSA) look for the following:

These organizations rate car safety in one of the following crash response categories:

IIHS and NHTSA independently perform their testing, so they purchase their own vehicles and put them through the crash scenarios. Any test results released are specific to the make and model used in the testing; every new model of a car that is manufactured has variations compared to the year before. Additionally, the cars are matched up like wrestlers, meaning crash tests are conducted with cars in the same weight class. The IIHS and NHTSA safety ratings don’t have data for what happens if the tested sedan crashes with a semi-truck.

Some manufacturers conduct their own safety tests, so not all vehicles are rated by IIHS or NHTSA. This doesn’t mean these cars are any less safe, it just means you won’t find safety ratings on the IIHS and NHTSA sites.

When cars were first introduced, the public didn’t realize what they were getting into. Yes, automobiles provided newfound independence and convenience, but they also provided new hazards.

Before safety features were added to cars, the National Safety Council hosted campaigns to educate the public about safe driving practices. There was emphasis placed on driving responsibility, including using turn signals, driving only when sober, and regulating speed.

Even small changes over time improved a car’s safety. Some of the first vehicles featured knobs on their dashboards, which could injure a driver and a passenger in a crash. Integrating those buttons flush with the dash not only looks sleek today but is a safety element. Additionally, some dashboard controls have been moved to the steering wheel so a driver can change the radio station without taking their hands off the wheel.

And, although the driver’s license had been around since the early 1900s, it was more like an ID card than evidence that a person possessed the skills to drive a vehicle. So, as more states began requiring actual testing to earn a driver’s license, it became required nationwide in 1959.

As automobiles became more commonplace in the 1930s, road infrastructure also improved. It became evident that roads needed to have speed limits and other signage and lights to regulate traffic.

Auto repair improved over time as well as more mechanics and technicians learned about the technology used to improve the safety of a vehicle’s electronic systems.

Have you ever thought about how the cost of a new or used vehicle affects the safety of drivers, passengers, and pedestrians? As the cost to manufacture cars changes, the retail pricing is also affected. Increases can make it difficult for consumers to afford newer cars with better safety ratings, leaving some drivers with no choice but to invest in a vehicle that may not be road-worthy. It still gets drivers and their families from point A to point B, but with the potential for added risks.

Also due to the high cost of the average new vehicle ($30,000+), some drivers turn to auto repair instead of replacing their vehicle after a crash. While a trusted mechanic and body shop can often successfully restore a vehicle to safe working conditions, it’s not always the best choice.

As a result of these predicaments faced by consumers, the NHTSA aims to regulate safety features so they’re in vehicles that are affordable to everyone. If more automakers see the benefits of standard safety designs and elements, it’s the hope of the NHTSA that implementation will become more commonplace, and thus more affordable for both manufacturers and consumers.

For car repair and vehicle diagnostics you can trust, be sure to contact Schulz Garage of Medford.