How Does An ABS System Work 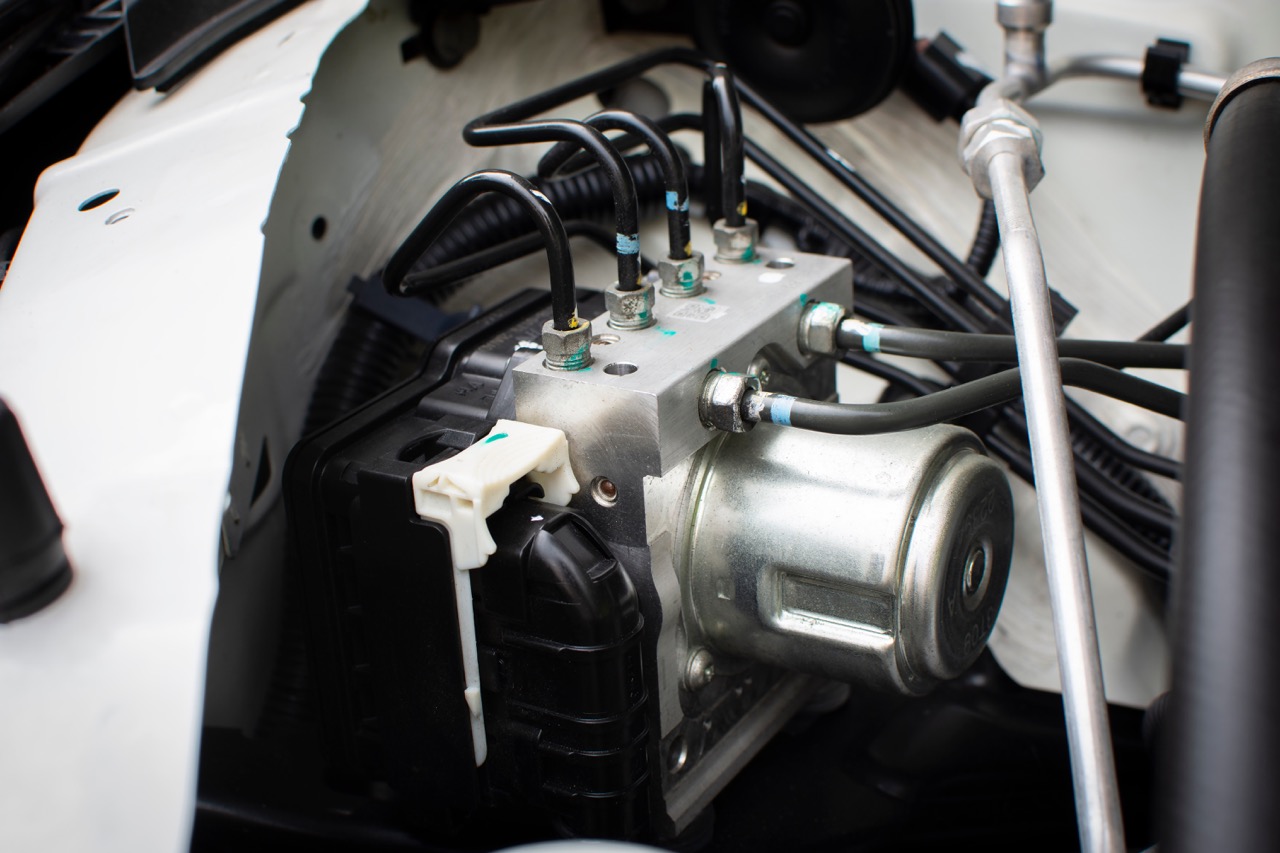 11 Mar How Does An ABS System Work

ABS, popularly known as anti-lock braking systems, works to prevent your car or motorcycle wheels from locking up and enhance steering control while braking.

Are you driving on a snowy or rainy day, and you find it difficult to stop your car in a hurry on the slippery road? Well, lucky you, the ABS is there to take out this challenge for you.

Even professional drivers without ABS can’t stop as quickly as an average driver with ABS would on slippery surfaces.

Thankfully, the anti-lock braking system is now standard on nearly all new cars and motorcycles and is used not just to aid steering while braking but also to assist with traction control.

This article will discuss the anti-lock braking systems – what’s in them, how they work, and why you need them.

The theory backing anti-lock brakes is straightforward. A skidding wheel – where the tire contact patch is sliding relative to the road – has less traction than a non-skidding wheel.

Now, if you have been stuck on ice before, you know that you have no traction if your wheels are spinning. And this is because the contact patch is sliding relative to the ice.

In this kind of situation where you have to slow down to keep the wheels from skidding, anti-lock brakes benefit you in two ways: You will stop faster, and you will be able to steer as you stop.

There are four primary components to an Anti-lock Braking System:

The speed sensors are located at each wheel, or in some cases in the differential, and they work to alert the anti-lock braking system when the wheel is about lock up. They monitor how fast the wheel(s) are rotating.

The valve is inside the brake line of every brake controlled by the anti-locking braking system. It assumes three positions:

After the valve releases the pressure from the brake, there’s got to be a way to put the pressure back. That’s the role of the pump.

The pump is there to get the pressure back up after the valve reduces it.

The controller functions as a computer in the car. It monitors the speed sensors and also controls the valve.

How Does The ABS Work?

There are various variations and control algorithms for the anti-lock braking system. However, we will discuss the function of one of the simpler systems.

As said earlier, the controller watches the speed sensors regularly to search for decelerations in the wheel that might pose a threat.

Before a wheel locks up, it will experience a fast deceleration. If ignored, the wheel would stop more rapidly than any car could.

Under ideal conditions, it might take a car at 60mph (96.6kph) five seconds to stop. But in less than a second, a wheel that locks up could stop spinning.

The ABS controller is well aware that such a swift deceleration is impossible, so it lowers the pressure on the brake until it senses an acceleration.

Then it raises the pressure until there is a deceleration again. The ABS controller does this quickly before the tire can significantly change speed.

The result of all this is that the tire will slow down at the same rate as the car, with the brakes maintaining the tires close to the point that they will start to lock up. This gives the anti-lock braking system the highest braking authority.

When the ABS is at work, you will notice a pulsing in the brake pedal. This pulsing comes from the swift opening and closing of the valves. Some anti-lock braking systems can cycle up to 15 times/second.

Anti-lock brakes are efficient in helping you stop better. They function to prevent your wheels from locking up and provide the shortest stopping distance on slippery roads.

But do they prevent accidents? Some recent studies may indicate that the rate of accidents for ABS cars is improving. However, there is still no proof that anti-lock braking systems enhance overall safety.